Fukuoka city has been promoting the computer game industry under the slogan, "Game Industry City Fukuoka!" In 2006, Fukuoka city established the Fukuoka Game Industry Promotion Agency, in collaboration with *GFF and Kyushu University, as a way to further promote Fukuoka as a leading city of the international game industry.
Following such background, the "Serious Game Project (SGP)" was started up as an outsourced 3-year project by Fukuoka city in May, 2009. Kyushu University has conducted the project in collaboration with Fukuoka city and GFF.
Our goal is to expand Japanese game industry and foster excellent creators through this project.
We would search if the serious games; that are not well known in our society, have any chances of success in Japanese market by developing and promoting them ourselves.


*GFF(Game Factory's Friendship) An Agency established by 11 game developing companies (as of April, 2012 ) in Fukuoka to revitalize the game industry in Kyushu.

It's been a few years since we started up our Serious Game Project, and I can say the concept of serious games was not familiar among people in Japan at the beginning.
But now we hear the words such as gserious gameh and gGameficationh a lot in many occasions and also feel the social circumstances that people expect something for them.
Following this global fact that games are getting attention as one of the most effective method to make peoplefs life richer, our project would keep researching and developing of the gameful design to fullfilled the better world and show its possibility of business with our concrete and successful example. 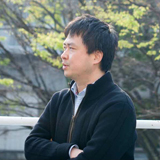 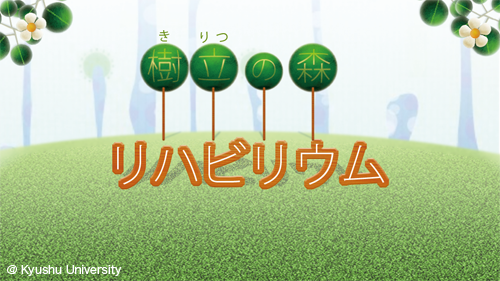 In the year 2010-2011, we developed gREHABILIUMh which helps rehabilitation training in cooperation with Nagao hospital.
We designed the game focused on the stand-up exercise which is the most basic one out of the ordinary life and is strongly recommended to be done in a stroke treatment guideline as a grade A exercise. The only thing the users do is stand-up and sit-down. Then the tree on the screen grows up by their move and the users collect the items such as medals and flowers according to the number of their stand-up times. The cheering music, facilitating voices and ranking system are also working to make it more enjoyable.
Wefve kept researching not only the game itself, but the way of adopting it to be used easiliy and effectively in day-care centers. 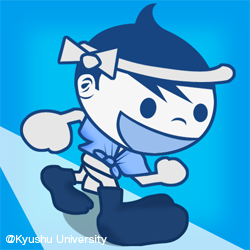 Fuku-burah is an iPhone application which takes you out to popular and unknown attractive spots in Fukuoka city. You can tour the various routes along with the story as if you became a main character in the adventure game.
You would enjoy the systems of ranking point and also various items that you can correct simply check-in the spots even when you donft have enough time to tour whole rute. Letfs go out just strolling around in Fukuoka city with Fuku-bura!

"Darwin's Lake" is a simulation game in which you can create your ideal lake while considering its ecosystem. You're able to create your original creatures by drawing them with a single stroke on the screen, and can also change the landform of your lake. The game consists of three stages: a nature stage, a creature stage and an event stage. You need to understand the ecosystem of the lake and protect your environment from the invasion of non-native species. Everybody can enjoy Darwin's Lake. It's like having your own aquarium on your desk.

Ainiikuken" is an application-typed game for Windows which provides you with information about the waste disposal problem in Fukuoka city. A dog goes to search for a missing lady dog that he fell in love with at first sight while taking a walk with his master. The dog has to solve problems regarding waste disposal to get hints to find the lady dog. This is a really community-based game and deals with familiar problems in daily life. The"Garbage Regulation book" issued by the environmental bureau of Fukuoka city contains useful information you can use to help the dog on his quest. 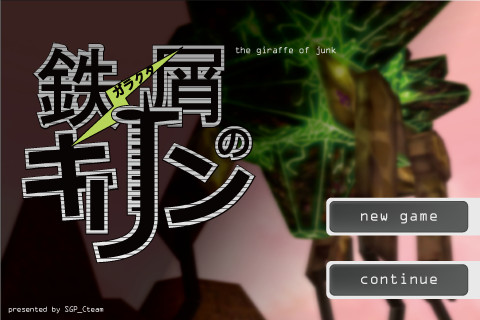 "Trash Giraffe" is an action game in which you can have one-to-one battle against a monster using the iPhone 3GS digital compass. You can change your view by moving the iPhone up,down,left and right, creating a dynamic battle scene. The monster programed to get rid of all the trash in the world starts going out of control and you are the only person who can stop it. You gather the trash which falls from the monster's body and recycle it to make weapons and other items to use in the battle.You might become interested in recycling through this battle cycle.

"ECO-logic" is an adventure game that teaches you how to reduce CO2 at home. A group of aliens concerned with environmental problems on planets notices a rapid increase in CO2 around the earth. You become the alien from the group who is in charge of the planet Earth, and send out ideas by telepathy so that humans can take actions that will reduce CO2. There are 3 types of household to help. Choose the one which best reflects your own life and use what you learn in the game at home.